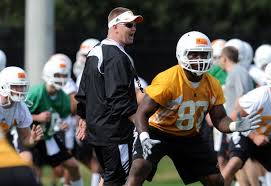 Wil Fleming: Coach I have to start with this, or I wouldn’t be an Olympic lifting guy, you started out training with Istvan Javorek (creator of the Javorek Complex). Give us your best coach Javorek story and tell us what it was like training with a legend growing up.

Coach McKeefery: Coach Javorek is a mad genius, with that comes too many stories for the brevity of this blog post. However, one of my favorite moments with “Pops (What he likes to be called)” is when I decided to become a strength coach and came back and visited him. Now as a lifter you never questioned the program or his coaching for fear of 100 Romanian lashes. You just did as you were told. Coach has several named workouts; the grandest of them all is the “Super Big Fun” program. Let’s just say that it is more volume than any human should want or be required to do. We did this workout several times, what we came to find out was his Romanian lifters did this program with significantly more recovery than we were granted. When asked why he didn’t require the recovery he said, “That was Romania and this was Kansas”. Never blinking an eye.

WF: Of any coach that I know, you have been exposed to and flourished in situations that seem to be polar opposite. Starting under the tutelage of Djvorek, but also moving into programs that seemed almost exclusively, high intensity. What have you taken from both approaches to make you so successful?

I was very fortunate in my career to have been exposed to a wide range of philosophies and programs. Growing up Olympic lifting and then starting my coaching career in a High Intensity Program I learned that both programs worked for the situation they were used and both produced results. I also knew that going through both workouts sucked and as a young coach how much the workouts want to make you puke the better they were. It was an important lesson learned that there are several different situations out there, population, resources, time, etc. all require a coach to be flexible while still delivering results. I often use the phrase I am principle based not philosophy based as I look for principles that transcend philosophies so that I may have several tools in my toolbox.

WF:Being an Olympic lifting guy, I understand that there is a risk/reward scale and sometimes coaches evaluate Olympic lifts as too risky. At the NFL level how do you guys evaluate the risks or rewards of any training modality at that level?
In professional sports the emphasis shifts from development to injury prevention. These guys are worth millions to their families and their organizations. For them to get hurt would put that in jeopardy. Therefore you always start with that. Mark Asanovich (Former Strength Coach Tampa Bay Buccaneers/Jacksonville Jaguars) would always say “not how much, but rather how little to get the same results?”. As a strength coach I have an obligation to help keep talent on the field. Of course you still train for development and performance but you always ask yourself if the risks are worth the reward.

One of the most challenging things for College/Pro strength coaches is that they must be an expert in several areas. They must be experts in speed, power, flexibility, strength, skill development, etc. Therefore they are always learning. The read, listen, watch anything they can get their hands on. Often after working a 12-15 hour day. What makes that even more difficult is that you are doing it in large group settings at a high level of accountability. Therefore anytime you can learn from others mistakes or shorten your learning curve on new concepts it is priceless to do so.

WF:I have had a chance to check out Strength on Demand and I am thoroughly impressed, it is a resource unlike any other. What can coaches expect to get if they sign up for this service?

Strength On Demand is an online archive of top Strength and Conditioning coaches giving clinic presentations. I created it because I hate not being able to go to every strength clinic I hear about. Time, money, or travel prevents it. Strength On Demand allows the member to access these presentations from various clinics on their phone, tablet, or computer on their time. Each week a new presentation is added for a total of 52 each year. I created the product because I wanted to be its number one member.

Thanks for your time coach! I think that I might have to try the Super Big Fun workout after American Open, sounds absolutely brutal

For anyone reading I would highly encourage you to check out both Strength on Demand and the Iron Game Chalk Talk podcast. These resources are invaluable to strength coaches everywhere! Heres the first episode of IGCT.

(Editors Note: I do not actually hate Bengals fans, only the ones that use to frequent our restaurant.)

Category: Art of Coaching, Be a better coach, ComplexesBy wilNovember 21, 2013Leave a comment