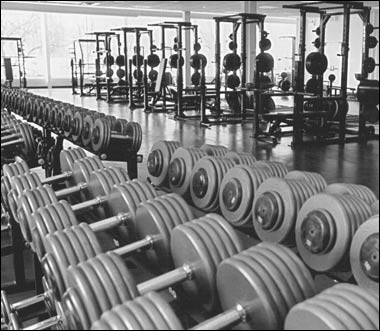 Picture the first time you went into a weight room. Maybe it was 10 years ago or 15 or 20 years ago.

The smell of stale sweat, the guy in the too-short, short shorts , and the coach or guru (likely with a sweet mustache) of the gym telling you what you should be doing to get strong.

Got it?  You remember that picture don’t you?

The first time you were introduced to the Olympic lifts, the mustachioed guru told you that the big three lifts were the squat, the bench, and the power clean. Straight from the books of Bigger Faster Stronger.

“Pick that weight up and put it to your chest.”

It’s as easy as that.

Since then you have been following the same protocol. Sure you are teaching the goblet squat before the back squat now, and balancing your bench presses with some TRX rows, but the power clean is still the staple of your program.

Well my friends this is the wrong way to do things, and teaching the Olympic lifts in the wrong order is like going to the bathroom before you eat, S#*t’s just no going to get done right.

Here’s the right way to teach the lifts

When you start with the power clean you are asking athletes to fail. Now maybe you like to be a heel and show your athletes how easy something is that you have had years of practice doing. If that’s your thing then skip the rest of this post.

If, on the other hand, you like to help your athletes succeed, and want them coming back eager for more then you need a better place to start than the power clean.

You need a progression of movements that helps athletes build on their skills, helps them improve as an athlete, and lets them see success in being a part of your program.

You need a better order to teach the Olympic lifts. Start here….

This movement is the basis for learning the the rest of the Olympic lifts. It will teach skills like keeping the bar close to the body, finishing the second pull with explosive hip extension, and absorption of force.

Most importantly though the hang clean allows athletes to have early success with the lift. The starting position is something that most athletes will be familiar with doing its so close to the mechanics of jumping that nearly all athletes can do it within the first week of training.

Get started with a start position above the knee or at mid thigh.

The power jerk is the quad dominant version of the hang clean. Very simple to do, but also establishes patterns we can build on in the future.

Any athlete that pushes anyone or anything in their sport should be doing some sort of explosive overhead press.

Don’t get scared away from overhead pushing for most athletes. There is no inherent danger, unless the athlete already spends a lot of time with their shoulder in awkward positions—Yeah I’m looking at you baseball players.

Surprised to see the power clean on the list?

Well don’t be, just because I said that it wasn’t the best place to start doesn’t mean that it isn’t a big part of a good program.

The big reason for some inclusion of the power clean in your training program is most athletes will be required to do it in a program at some point. Whether at the high school level or the college level, some  cut-off-sleeve-wearing strength coach will tell them they need to “get that bar up to your chest!!! Raar!!”

Part of our job is to equip athletes with the tools they need going forward, and they need to know how to do the power clean well to escape the weigh room with their backs intact.

Unfortunately for the folks focusing on squatting 1000’s of pounds, sports are not usually played on two feet exclusively.

Varying stances, and one foot landings are the norm, not the exception, and this is why the split jerk needs to be prioritized in teaching the Olympic lifts to your athletes. Not to mention that the split position is a great way to receive massive weights quickly and effectively.

Landing in the split stance can teach force absorption and when big enough weights are moved around can help athletes produce more power than the snatch or the clean.

“Teaching the Olympic lifts in the wrong order is like going to the bathroom before you eat, S#*t’s just not going to get done.” [Tweet This]

If you read my post on the top 10 explosive movements  you might be as confused as I was when I watched A Very Harold and Kumar 3D Christmas (Seriously, what’s happening?)

Just as I was asking myself “why the heck are they made out of clay?” You may be asking yourself how a guy that put the hang snatch on top of that list could put It this far down in a teaching order.

Well for starters, most athletes get much of the benefit they would gain from the hang snatch from doing the hang clean. Each relies on explosive hip extension from a hip hinge position to create power and each features force absorption in a two-footed stance.

It is however a great movement to bring some variation to your program, and requires the most movement coordination.  For many non-throwing athletes it is a completely safe alternative to the hang clean. The lower loads means that the athlete will likely be moving the bar faster.

If you have all the other tools down, then I go with the snatch every time. If you don’t, then spend time learning the pieces before the hang snatch

Beginning with the bar on the floor in the snatch grip is just like doing a deadlift from a deficit and similarly most athletes do not have the mobility to complete either.

If an athlete does possess the mobility to start from the floor this is an amazing move to build some serious strength. The wide grip puts a greater demand on the upper back to stay tight throughout the lift and challenges athletes to build greater grip strength than they will in the power clean.

As you can see in the video, mobility at the start is at a premium.

If athletes have made it through this far you have likely been able to work with them for several years and they’re progressing to a pretty elite level of athleticism.

Using the squat clean is an outstanding way to move bigger weights and avoid compromising landing positions like the starfish.

When athletes get to this level work on the “pull under” portion of the lift. This will get them receiving the weights in a solid position rather than having the bar crash down on them. 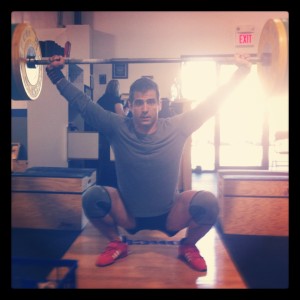 This movement takes amazing strength, stability, and mobility to do well, and very few athletes outside of the sport of Olympic lifting possess all the tools to do this movement at a safe level.

When you do have an athlete that can pull this off, make sure to weigh the risk vs. reward. They are likely very advanced and may even be competing on the collegiate level.

Put something in place that values the success of your athletes over just doing what has always been done. There is always a better way.

And if you want to learn the better way about Olympic lifting, strength, and speed training for athletes, subscribe to my newsletter updates above.