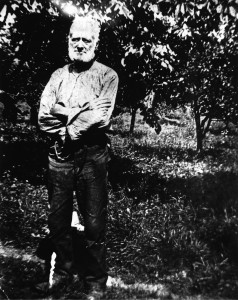 What is a Natural Athlete?

In order to design a program, we must first have a goal.  What qualities are important to athletes?  Here’s my best stab at three of them – and they might not be what you think.

Situational Awareness – In quarterbacks we call this “pocket awareness” – being able to sense the environment around you and make quick decisions.  This is a useful ability in all athletes, however, as the more externally aware you are, the better you can adapt to the situation.

Fluidity – The best athletes in the world are often described as making amazing feats look “effortless.”  The flow of their body from one position to the next seems otherworldly.  We could also call this “efficiency”.  There is no wasted movement.  No wasted tension or effort.  Many disciplines, from Olympic Weightlifting to Martial Arts, teach us to be fast and powerful means to be relaxed.

Self-Dominance –  This is a term I picked up from Ido Portal’s teachings – the idea that you are in complete control of your self at any given moment.  It closely relates to being efficient, but expands beyond that.  This is awareness not only of your environment (as in situational awareness), but of yourself.  It is only when both of these qualities are mastered that you truly unlock the human athletic potential.

Now that we have defined some qualities of an athlete, let’s talk about training.  If you were plucked out of the gym and set down in the wilderness, what could you do to become more fit (besides just survive.)  I’m talking about Rocky vs. the Russian in Rocky IV.  If you were in Rocky’s situation, stuck up high in the mountains with no high-tech equipment, no olympic lifting bars, how could you best train these athletic qualities?  How could you become a “natural athlete”?  Here are five simple drills to get you started.

5 Drills to Train the Natural Athlete

1. Ground Moves – Ground moves represent perhaps the most essential part of human movement – being able to get up and down off the ground in multiple ways.  Not only do they have carryover to martial arts such as grappling, but they serve as a great warm up tool, build proprioception in the whole body (self-dominance), and force you to adapt to your environment.  I especially like to explore different get-up variations, such as those shown below.

2.Bear Crawl – The bear crawl is a critical component of building contralateral patterning in the brain.  It sets up reflexive core activation to make sure your shoulders and hips work in unison.  Crawling has even been shown to improve “binocular vision, your hand-eye coordination, and even your binaural hearing (your perception of sound from two ears.)”  Crawl like Spiderman, and get senses like Spiderman?  Count me in.

3. Throwing and Catching – In the gym, we often see athletes throwing medicine balls to each other in a partner drill in order to add an element of fun and reactivity.  But I think the true benefit of this drill is lost when we switch on beast mode and just try to knock each other over.  Catching and throwing allow us to not only learn appropriate force production, but appropriate force absorption from an outside object (think of the catching the bar in the clean) and accuracy.  By throwing in different patterns, stressing accuracy so that your partner can adjust and make a clean catch, we start to see some real progress. (Don’t be afraid to try different objects as well!)

4. Precision Jumping – The ability to land safely is one of the most important skills an athlete can have.  Though it is common to use the vertical jump as a measure of athletic potential, we often overlook the mechanics of landing and precision.  This comes back to our concepts of situational awareness, fluidity, and self-dominance.  Do you have the awareness to land exactly where you need to?  Do you have the efficiency to absorb the impact of your landing safely (force absorption of your own bodyweight)?  And do you have the control to do it precisely every time, regardless of circumstance?

5. Tag – Why did we ever get away from playing tag?  I can’t think of a better expression of speed, agility, awareness, and reaction skills.  Even better, this is an awesome way to test out those footwork drills you’ve been working on in a random environment.  Do you see transfer?  Another cool drill to try is “knee tag” – essentially, you try to tap your partner’s knee without getting tapped in return.  Keep score, and add space restrictions to increase difficulty.  Very cool.

So there they are!  Five moves for the natural athlete to start practicing, training, and perfecting.  Take these and run with them!  You never know what creative minds will add to these drills – in my experience, it’s when you get a little off the beaten path that the real magic happens.

Learn more from Matt Myers at his website freefitguy.com