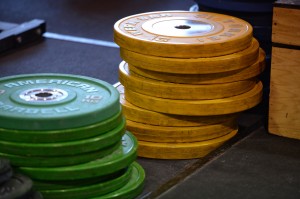 I have received the following question recently in my email, and figured it might be time to answer.

“Hey Wil, I have my first weightlifting competition coming up and wanted to know how you should warm-up?”

Before I get to how to warm-up, let’s start with how to not warm-up

At Junior Nationals this spring I watched a competitor to one of my athletes snatch for 30 minutes before the competition up to a weight above his opening attempt, and take 5 attempts at what was seemingly a PR lift.  This athlete, bombed on the snatch portion of the competition, and then came back in the warm-up room and finally made that PR, when it didn’t count.

At Senior Nationals this summer, one of my own competitors started warming up for the snatch 20 minutes prior to the start of the introductions, work up to his opener, work back down, and work back up again to an attempt higher than anyone in the entire session was opening. Needless to say he went 1/3 in the snatch portion of the competition

Warming Up should be just that, getting your body in peak condition for maximal attempts. This is not a time to “build confidence” that you will hit a lift, if you don’t have confidence in the lift you shouldn’t be there. Remember there is a fine line between, under warmed up (not good) and over warmed up (also not good).

Part of me thinks that maybe I shouldn’t write this article so my athletes can reap the benefits.

Warming Up the Right Way

First, go through your normal warm-up routine (stretching, rolling, etc), my goal is to make it like a normal day.

(Optional, but not recommended: Chug coffee for 3 hours in a van down by the river)

You’re not following this guy.

Then, it’s time to get to business. Look at the attempt cards on the official’s table. Count all attempts before you go as this will give you your ideal blueprint to warming up.  You are basically guessing as to the number of attempts before you open, but it is an educated guess.

Here’s where a little guess work goes into the equation. For all lifters 8kg or more lower than your opening attempt, assign them 3 attempts until you go, for 7kg-4kg assign them 2 attempts, 4-1kg assign them 1 attempt.

So in this scenario you have 12 attempts til you take your first attempt. There will also be a 10 minute clock from introductions/end of the previous session til your session starts.

There are also scenarios where someone opens at the same weight as you. They will be listed before you on the scorer’s table if they are going before you, pay attention to these guys though because they can possibly jump their attempt to a higher number if they choose, and that lift you were counting on is gone.

So with 100 as our sample opener you would do something like this. I would always prefer to spend more time at lighter weights and “get loose” so the first warm-up sets could be done for even more reps than I list.

Then you need to look at the timing of those warm-ups, and this is where a lot of people screw up. Time each warm-up 3 minutes or 3 “drops” apart. Do not take the approach to “follow what’s on the bar,” or lifting whatever is on the competition platform while you are in the warm-up room,  this does not work.

Drops, is a term I use in reference to hearing the bar drop on the competition platform. You can count drops yourself, but it always helps to have a teammate or coach count them for you. Less for you to think about, and it makes you feel like an absolute machine when your coach/teammate just says “Lift” and then you go lift.

So now it looks like this, and remember at official competitions there is a 10 minute clock that should run after intros and before the first lift.

If you were to have a higher opening attempt you might find yourself waiting out the entire clock before even attempting a warm-up, this is fine. If you happen to have the highest opening attempt in the session, you might even find yourself warming up later than anyone else in the session, although nerve racking, stick with the plan and wait to warm-up!

In the clean and jerk you would warm-up in a similar fashion with only some slight possibilities for change:

-Bigger athletes and those with heavier opening attempts might choose to have 4 attempts between warm-ups.

-Because you are generally “warm” you might not need as many warm-up attempts. For instance, if I am opening at 160kg in the clean and jerk, I will often only take 60kg, 100kg, 120kg, 135kg, and 150kg. My old legs need fewer attempts, but this is something you should hash out in training before the competition.

Keep in mind that every lifter has the opportunity to change their attempt 2x before actually being required to take it. So sometimes those opening attempts are not what will really happen. People often move up and move down, and in a national competition, moving up and down is more common as people try to wiggle their way to placing. So I would advise you to continue to check back to the table to keep track of where people have placed their attempts (an ideal job for a coach).

Once my competition starts, I very rarely take any more warm-up attempts between lifts. The only times that I break this pattern is if I have 6 or more attempts until my next attempt. In that case, I may consider going to the warm-up area and taking a “pull” or a power variation.

Try this method for warming up in training before going to a competition. Find out how your body works best, 12 warm-up lifts, 18 warm-up lifts, etc. Get some fake attempt cards and play around with how to read and count attempts. And please, don’t warm-up past your opener.